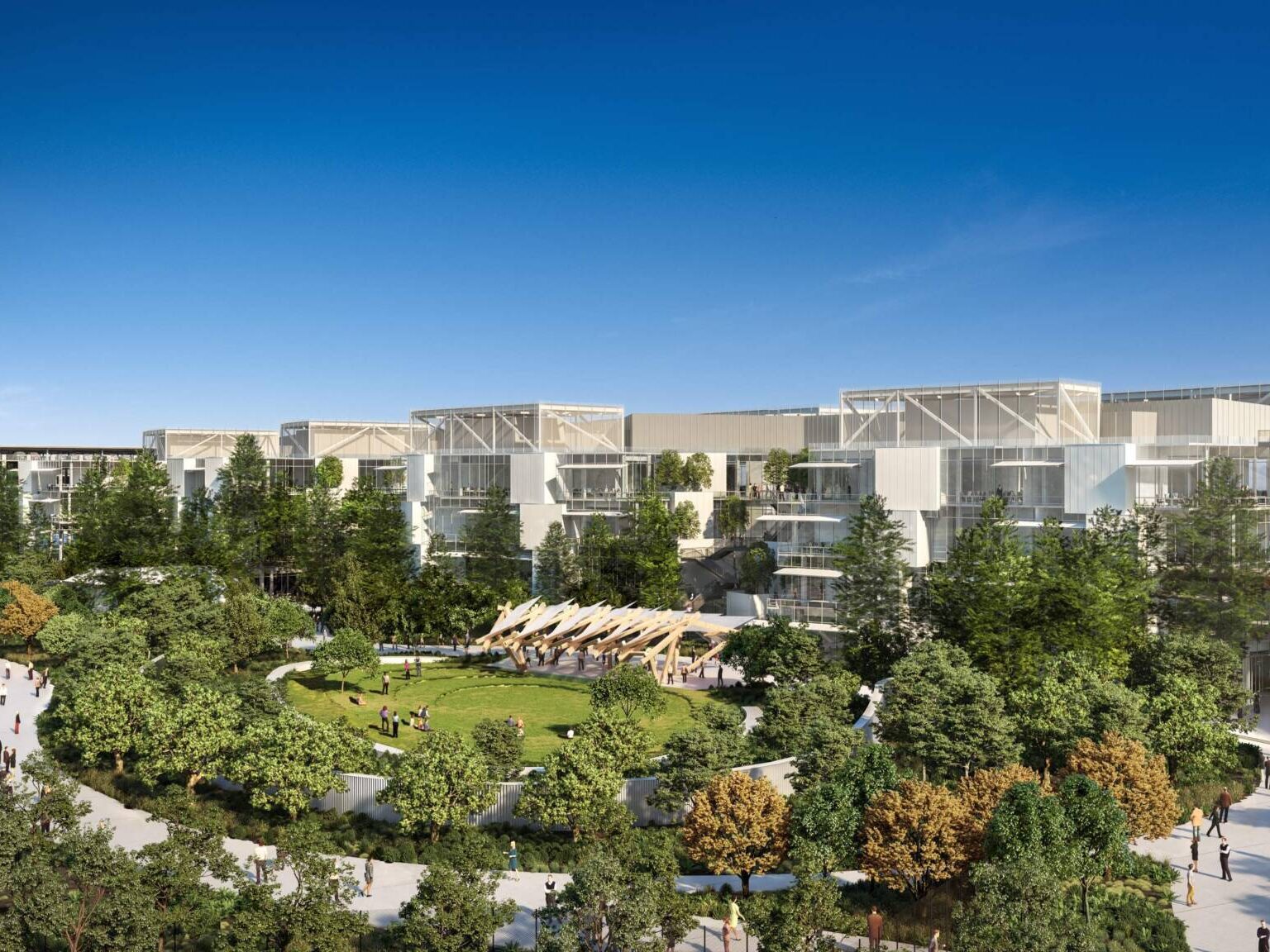 About the Project: Nova was engaged by Facebook to manage several components to the Facebook Campus in Menlo Park. The first being a four-story office building of 460,000 square feet. The office building is a Frank Gehry designed all glass façade structure with appealing design features, such a several staggered planted terraces with design feature stair case connections, and a full building length skylight that lights the entire interior of the building. On the roof of the building, there are several pods of photovoltaic panels amounting to almost one megawatt of power generation to the building. The interior consists of several neighborhood work team communities, divided by full VC capable conference rooms – some of which hang out over the large interior atrium space by way of cantilever structural systems. The building is served by three full service kitchen cafes, and supported by smaller coffee shops, sweet stops and pop-up event spaces.

On the east end of the office building, there’s a pedestrian bridge connection at the 2nd level, for direct access into the neighboring office building MPK21.