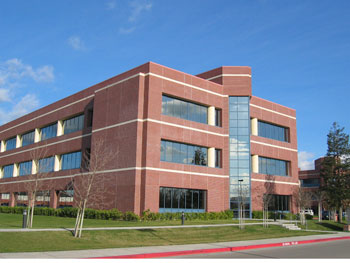 Project Description: The new hospital addition, located on the Pleasanton campus, is a 58,000 square foot, three-story wing connected to the existing hospital by a three-story atrium lobby. The project was completed in three phases between 2001-2004.

Special Features and Challenges: This addition included adding a new entry lobby to the existing hospital while maintaining service to patients throughout construction. Due to its height, the lobby required the installation of a smoke evacuation system. Enacting this system causes large exhaust fans on the roof to turn on and perimeter doors around the lobby to open automatically to relieve the negative pressure caused by the fans. Nova managed the process of obtaining OSHPD approval of the control sequence and the functional testing. Achieving this milestone was critical to the success of the project.

Nova Partners’ Role: Nova Partners was engaged as project manager, responsible for executing the design, overseeing the general contractor, interfacing with OSHPD, DHS, and other state and local agencies, and managing the procurement and fit-up of hospital equipment and furniture, all while coordinating with an occupied, fully operational facility. Nova was also responsible for managing the budget for the $19.2 million first phase, the $8 million second phase, and the $8 million third phase of the project.

From the client: The Board of Directors and I are extremely pleased with the work of Nova Partners on the new wing at ValleyCare Health System. The Nova team was exactly what we needed on this project. I believe that without Nova, our project would not have been completed on time. The Nova team integrated with the staff at ValleyCare and was commended privately to me by the chairman of the finance committee. Nova did an outstanding job of managing up as well as down. They picked up the Health Systems value system and knew how to deal with the various players. This recommendation was not solicited by Nova, but being a former human resources director, I felt moved to write this.